The line between secular and sacred, popular and cultist (at times called classical) in music are diffuse the best of times. Certainly those who take this creative skill seriously, who may have the talent or enjoy the luxury to dedicate their lives to it, know better: none of us I guess would speak of inspiration as “pure”. When asked, we may not even possess the recollection of what that inspiration meant for us in the first place. It is because of this that I tend to mistrust labels such as those in the title above. They have their use, but become less and less defined as we look closer.

Reviewing Josquin’s work I went back for some notes to Taruskin’s The Oxford History of Western Music. There, as in many other forms throughout that mammoth retelling of the Western musical enterprise, was again his recurring notion that:

Thus it would be a mistake to regard this fusion of sacred and secular [referring to Josquin’s use of a popular tune in his mass L’Homme Arme, a quotation subject to a witty elaboration] as an “essential” (meaning an exclusive) trait of the burgeoning “Renaissance”. Its significance is far more inclusive than that, suggesting that categories and oppositions we may be inline to regard as hard and fast – sacred vs. secular, spiritual vs. temporal, high vs. low, literate vs. oral – were never quite as firm or constant as we might like to pretend.

Unless policed (by churchmen by schoolmen, by snobs, and by “theorists” of all kinds) they tend to merge and fecundate one another.

Reading Taruskin was an inevitable step I had to take. I never forget, in those nebulous PhD days, my supervisor’s face when I innocently included a footnote on my thesis quoting some Taruskin’s text: “What is he [Taruskin] doing here!?”. There was more than animosity in that face. I did not understand then. I do now. I know the guy is fastidiously challenging, pushy at times (the usual signs of an academic career, what’s so new about it?); but what hurt my supervisor so much? The answer is Arvo Pärt, the academy’s messianic hero, the “holy minimalist”.  This is at least what Taruskin labels him in the final volume of the series (one of “a group of composers who use minimalist techniques to evoke or induce a state of passive contemplation”, pg.400). My supervisor, himself a iconic figure of the academy, had obviously read Taruskin.

But that is not what brought me here. Another time maybe.

I distinctly remember attending the yearly gathering at the composers’ union in Tallinn. I had been invited by my tutor, who had accepted me that year to join the department as an MA student. It was an honor, and I was very much looking forward to enter the sancta sanctorum where the hallowed Estonian composers had either met or been celebrated through the years: Tubin, Eller, Sumera. The latter, together with Raimo Kangro, had passed away not that long before I arrived in the country.  I was fairly acquainted with their music, and whichever my impressions of it were, it was beyond doubt that Estonia had a good reason to be proud of their musical tradition. And so I attended, attired the best I could. As I went down the stairs into the still soviet-looking hall where the party was held, a familiar sound struck my ears. Yes, it had to be, the song was indisputably Yellow Submarine, the Lennon and McCartney hit. This was no mistake. A whole list of other sixties and seventies songs followed, and then some. That was my first contact with the elite of Estonian classical composers, when Pärt was still living abroad, before his grand re-entry in the country. The secular and the sacred, the cultist and the popular mixing in dubious measures not for the last time.

There was a lot of identity building going on at that time in those latitudes, but especially in Estonia, which was the most openly anti-Russian of all the Baltic states. It was relatively easy to see where the inspiration (that word again) was coming from. Unfortunately at times, I would say, since some of the new experiments favored then by the art and music academies in Tallinn were already trite and spent everywhere else (well, almost). If not altogether a bad joke. But, let me quickly say, there was still a lot of talent in Estonia, and some more to come over the years. Again, maybe another time.

Arvo Pärt , converted to Orthodox Christianity as it was widely known (and privately criticized), is a considerably tall, angular, emaciated-looking bearded guy that I would eventually meet. Easily frightened too. He had famously turned up at the composers’ union dressed as Jesus Christ, either blessing the audience or enacting his own dilemma (this much is not quite clear), before leaving the country back in soviet times. I didn’t know that at the time. The story is not public (anymore), but not that long ago you could still find someone that would recount it with a smile.

I always had mixed feelings about Pärt ‘s output. Meeting him, in different occasions as it happened, did not help much either. I had studied a bit of his music with my dear tutor Peter Reynolds, back in Cardiff. We both liked the score we were studying at that time, we both admired the simplicity of the lines, the fortuitous counterpoint, and the medieval touch that the serialist Pärt had brought into his new favored style. A witty sleight of hand, we thought at the time. The whole thing was a touch Warholian and (maybe what Taruskin had in mind) a bit opportunistic too. No blame on that (what composer isn’t!). Peter would later bring Spem in Alium, and others (Josquin perhaps, I am not too sure) just to put things straight, I thought then. But possibly also because he knew that the music of Pärt had struck a chord somewhere.

It did, I suppose. When years later the opportunity came to move Eastwards (Oh! How far Eastwards I would go nobody could have ever conceived in those sunny and hallowed Cardiff afternoons!), to Finland or Estonia, Peter was resolute: “this is the composer you want”, he said in his quiet but resolved manner, tapping on one of the CDs I had brought from a trip. The composer was Toivo Tulev, who was totally unknown to us at that time, and seemingly not the highest bid. But Peter, now gone, all-too soon, without warning, was simply spot on right about it too. Looked at in perspective, it had to be. Peter Reynolds knew me well, he had read deep into the ragged threads of music I could produced at the time. He, oh so well, knew where the whole thing was heading, and knew how alien it was to me at the time, and how dangerously distracting my worshiped and cherished composers really were. He juggled with the idea of a more westernized choice (there were other choices) and then discarded it completely: go East. And so I did, and did again, and again. 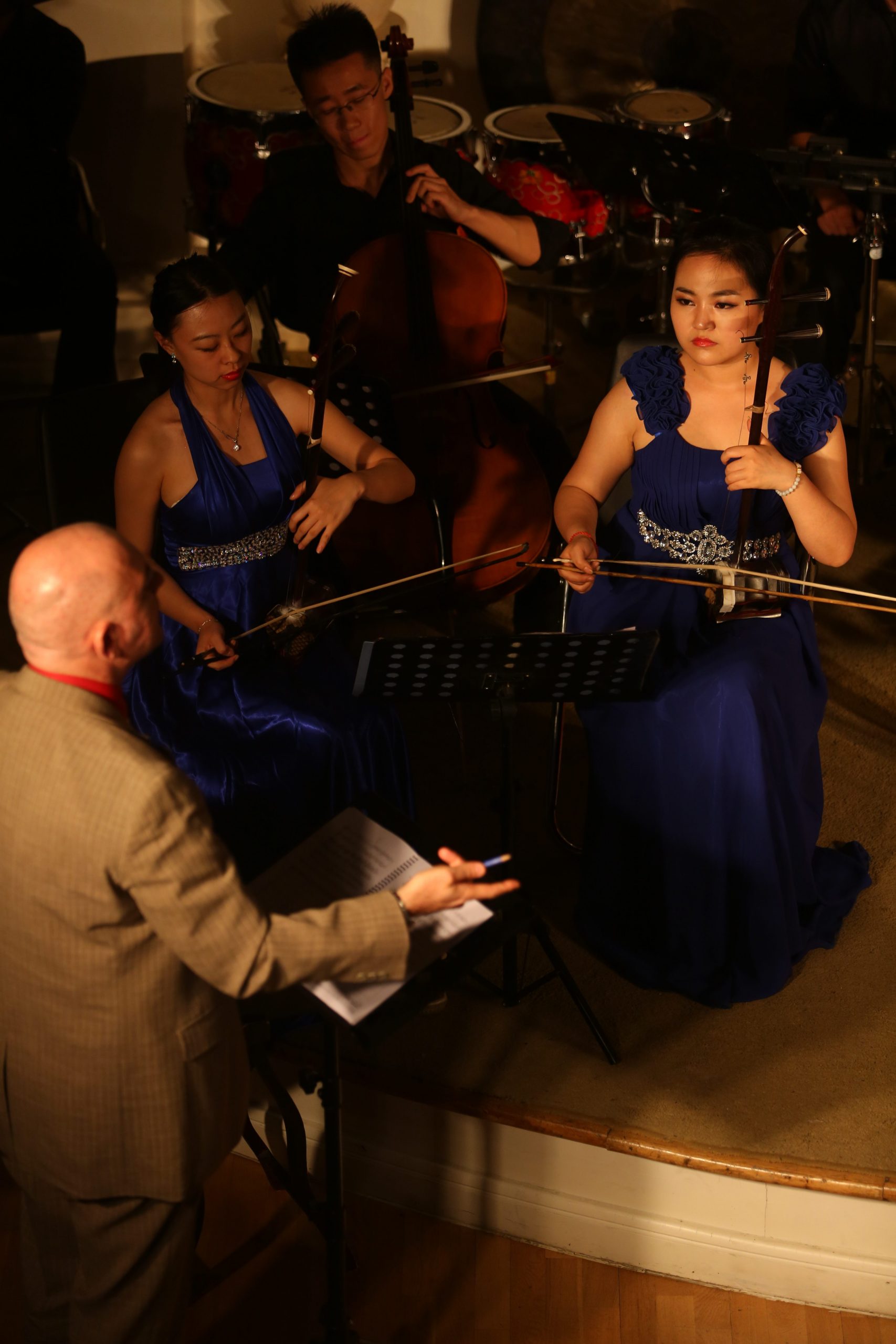 Peter knew I was looking for the roots, he knew I was digging deep, and I would take (sorry Peter) no crap. Not even the holy type. I was possibly the best example of a non-Avant-Garde composer he ever met, without being either British or trashy, that is. But he also probably knew that my inclinations at the time were the perfect recipe for disaster. And so he, wisely and unnoticeably, led me away, by steps, dove steps, from anything Germanic.

Today, facing the second round of scores that will complete the oratorio Apocalypsis Iesu, I look back and wonder how it all came about. A good deal of contradiction and antagonism is responsible for it. The wisdom of the Welsh bard, the Merlin that now once again sleeps, and whispers his advice in the recesses of my mind. The path that took me through the labyrinth, with the occasional dead end down the corridors of concert halls and international airports, continues.